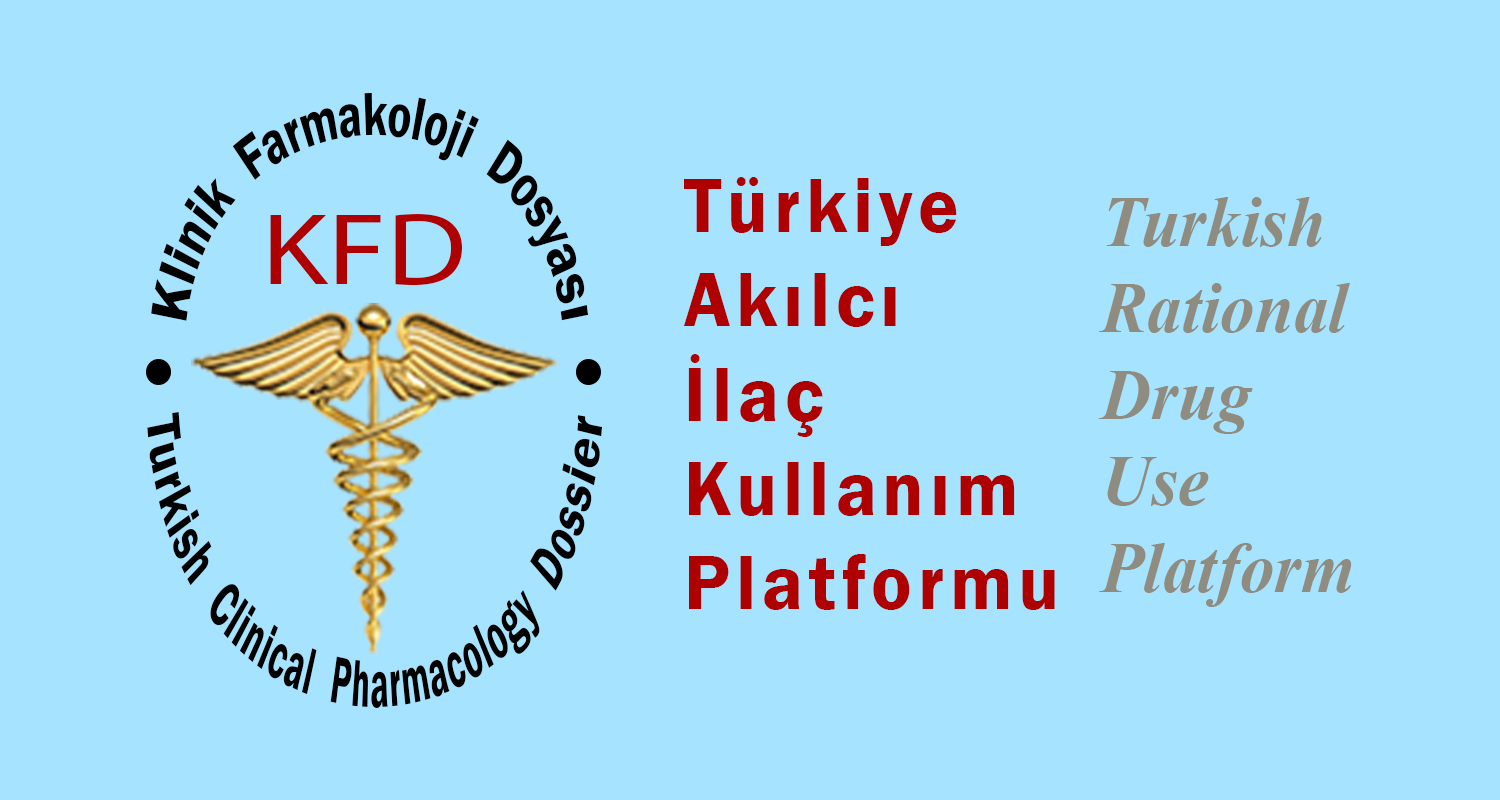 One Third of Dementia May Be Preventable With Lifestyle Change

LONDON — More than one third of global dementia cases may be preventable by addressing nine lifestyle factors that affect an individual's risk, according to the findings of a new comprehensive report from The Lancet Commission on Dementia Prevention, Intervention, and Care.

The report, presented today at the Alzheimer's Association International Conference (AAIC) 2017 and simultaneously published in The Lancet, was compiled by 24 international experts in the field of dementia who reviewed the available literature in the field and conducted a new meta-analysis that included some risk factors not considered in previous similar analyses.

They found that nine lifestyle factors are responsible for 35% of dementia burden. These factors include not completing secondary education in early life; hypertension; obesity and hearing loss in midlife; and smoking, depression, physical inactivity, social isolation, and diabetes in later life.

"We only considered risk factors for which there was enough data to draw meaningful conclusions, so we are probably underestimating the importance of lifestyle, but we can certainly say it makes a large contribution," said lead author, Professor Gill Livingston, MD, University College London, United Kingdom.

The far-reaching report also addresses interventions and care strategies for patients with dementia and cognitive impairment.

"We have laid out recommendations simply for clinicians on what they can do in terms of treatment," Professor Livingston said. "We have outlined treatment pathways which are highly evidenced based."

10 Key Messages in the Report

1. The number of people with dementia is increasing globally, although incidence in some countries has decreased.

4. Individualize dementia care. Good dementia care should be tailored to unique individual and cultural needs, preferences, and priorities and should incorporate support for family carers.

6. Plan for the future. People with dementia and their families value discussions about the future and decisions about possible attorneys to make decisions. Clinicians should consider capacity to make different types of decisions at diagnosis.

7. Protect people with dementia. These patients require protection from self-neglect, vulnerability (including to exploitation), managing money, driving, or using weapons. Risk assessment and management at all stages of the disease are essential but should be balanced against the person's right to autonomy.

8. Manage neuropsychiatric symptoms, such as agitation, low mood, or psychosis. Treatment should usually be psychological, social, and environmental, with pharmacologic management reserved for individuals with more severe symptoms.

9. Consider end of life. One third of older people die with dementia, so it is essential that professionals working in end-of-life care consider whether patients have dementia — they might be unable to make decisions about their care and treatment or express their needs and wishes.

10. Technological interventions have the potential to improve care delivery but should not replace social contact.

Emphasis on Lifestyle
"This is a more accurate estimation of the risks for dementia associated with lifestyle factors than we've had before, and we have included more risk factors than have been considered before," Professor Livingston told Medscape Medical News.

For example, she said, they have included social isolation and hearing, which haven't been covered before, "and we also looked at the whole life course — when these things make a difference. These two things are groundbreaking. We were also able to look at how these risk factors interact with each other when several of them occur together."

They considered all the meta-analyses already available, and where there were none, they did their own, she noted. "There wasn't a meta-analysis on hearing so we did one, and we found that hearing loss doubled the risk of developing dementia 9 to 17 years later."

"Our results show it is never too early or never too late to make lifestyle changes that will make a difference."

Noting that around 47 million people are living with dementia globally and that the number is set to almost triple to 131 million by 2050 — with the number of cases increasing most in low- and middle-income countries — she said, " We need to act now to start bringing these numbers down. Addressing these lifestyle factors now could transform future society."

Nine Risk Factors and Their Individual Contribution to Global Dementia

To put the 35% figure in perspective, the ApoE4 gene is responsible for 7%, the report notes. "Having said that, those with the ApoE4 gene are known to be at significantly increased additional risk and therefore these people in particular should be doing everything they can to address these factors which will reduce their risk," Professor Livingston said.

Another interesting finding from the report is that being fluent in more than one language did not appear to independently affect risk. "We found when we put all the data together that being bilingual was not protective, although people commonly think it is," Professor Livingston commented. "It is probably the education that goes with it that accounts for the findings previously reported."

Commenting on the new report for Medscape Medical News, Maria Carrillo, PhD, Alzheimer's Association chief science officer, called it "the most comprehensive overview of data on prevention, intervention, and care ever conducted.

"It has pulled together all the information we've been hearing about for the past few years," Dr Carillo said. "It is important to realize that we can do something about the Alzheimer's burden now."

The findings on lifestyle factors "give us incredible hope," she added. "What we need to do now is establish what the recipe looks like for the combination of the nine items that have been found relevant, which of these findings are the most actionable, then make the public heath recommendations and make sure these reach groups that need them the most — those with the lowest socioeconomic status."

She said the Lancet Commission had contributed important new information on individual risk factors. "We didn't have solid data on hearing loss before, and they have confirmed the risk of smoking — there has been so much back and forth about this," she noted. "They also make an overarching recommendation for more aggressive treatment of hypertension. These are all very actionable — get a hearing aid, stop smoking, pay more attention to blood pressure."

Dr Carrillo pointed out that developing the recipe for more specific public health recommendations will come from new interventional studies now starting around the world. These include the FINGER US randomized study announced this week, which is systemically testing multiple lifestyle changes in a large US population.

This study is building on the previous FINGER study conducted in Finland, which showed that addressing a variety of risk factors simultaneously can have cognitive benefits for people at risk for cognitive impairment and Alzheimer's disease.

Comparisons With NAS Report
The Lancet report comes just a few weeks after the release of a similar US report on Alzheimer's from the US National Academies of Sciences, Engineering, and Medicine (NAS), called "Preventing Cognitive Decline and Dementia: A Way Forward ."

That report concluded that: "At present, there is not sufficient strength of evidence to justify large-scale investing in public health activities aimed at preventing dementia." However, it qualified this by saying, "Some results may be viewed as potential added benefits to already identified public health interventions." These were improved blood pressure management for people with hypertension and increasing physical activity.

So why the difference in recommendations from these two major reviews? Representatives from both groups told Medscape Medical News that they approached the issue from different perspectives, with the NAS report focusing on evidence of benefit shown in interventional studies whereas the Lancet report had a wider focus and included more emphasis on epidemiologic data.

Lon Schneider, MD, Keck School of Medicine, University of Southern California, Los Angeles, a member of The Lancet team, said, "Our report was probably more comprehensive on the possibilities for prevention and, yes, we were probably more aggressive in our interpretation of what can be done."

Ron Petersen, MD, Mayo Clinic, Rochester, Minnesota, who was part of the NAS committee, added: "We were more focused on intervention studies, and we placed more weight on randomized controlled trials and on Alzheimer's disease itself, whereas this new Lancet report has placed more emphasis on prevention based on epidemiological studies. They have also taken a broader view encompassing all cognitive impairment and dementia — not just Alzheimer's."

"Their projections are very interesting but are more hypothetical than ours," he added. "We do not disagree with them and welcome this new report — it will help drive funding for further research and action in tackling this enormous problem of cognitive impairment and dementia in the aging population around the world."

The Lancet Commission was partnered by University College London, the Alzheimer's Society UK, the Economic and Social Research Council, and Alzheimer's Research UK. These organizations provided financial and practical help but had no role in the writing of the manuscript.