March 28, 2016 | By Tracy Staton
A Novartis whistleblower lawsuit has "exploded," the drugmaker says. That's because the U.S. Attorney's Office in Manhattan has asked for documents about a whopping 80,000 doctor-education events that prosecutors call "shams"--and potentially violations of antikickback laws.

In court filings, the whistleblowers--and now the U.S. government--claim that dinners at expensive restaurants and other venues were billed as educational events, but doctors and drug reps barely discussed the company's medications there. Novartis needs to hand over those documents to show whether those gatherings actually qualify as educational, the government says.

The government has its doubts: According to previous filings in the case, the presentations were often cursory at best--no slides shown, for instance--and sometimes didn't take place at all. The same guests were invited over and over, the lawsuit claims, and the groups often gathered at noisy restaurants without private dining rooms. Hooter's, for example, the feds say. And the company spent up to $10,000 for meals at tony eateries such as Nobu, the suit claims.

To amount to kickbacks, though, these entertainments had to trigger increased scripts. The lawsuit claims that attendees did jack up their prescribing of the drugs involved--various cardiovascular meds, including Lotrel and Valturna, plus the diabetes med Starlix. Doctors knew that if they didn't, they wouldn't be asked back as speakers, the lawsuit claims.

If the Novartis-sponsored events indeed were "shams," they could count as kickbacks. And they'd put the Swiss drugmaker in line for penalties under the False Claims Act: The government claims Novartis defrauded federal healthcare programs by using the pricey events to influence their prescribing habits.

Now, Novartis ($NVS) is fighting the request for documents on thousands of events, saying the government has "exploded" the case with its demands. Last week, the company asked for a hearing about the document request, and Friday, the government contended that the documents were necessary to prove the details of its case.

Last year, Novartis agreed to pay $390 million to settle another round of kickback allegations. According to the government, the company used kickbacks--in the form of discounts and rebates--to persuade pharmacies to use more of its transplant drug Myfortic and an iron chelation therapy Exjade. Novartis offered special deals to pharmacies to boost prescriptions of its transplant drug Myfortic in a head-to-head competition with Roche's ($RHHBY) CellCept, the feds said. The drugmaker set up another scheme to increase refills of its iron chelation drug Exjade, the government said.

That kickbacks case followed a 2010 settlement amounting to $422 million, wrapping up allegations that Novartis offered kickbacks to doctors to increase use of its blood pressure meds Diovan, Exforge and Tekturna. As part of that settlement, the company signed on to a 5-year corporate integrity agreement--essentially a promise to avoid that sort of behavior in the future. Those agreements are standard parts of FCA settlements.
Published on FiercePharma (http://www.fiercepharma.com) 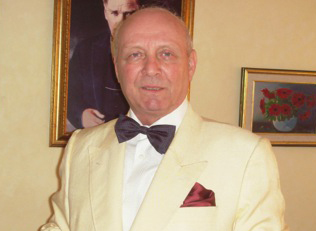